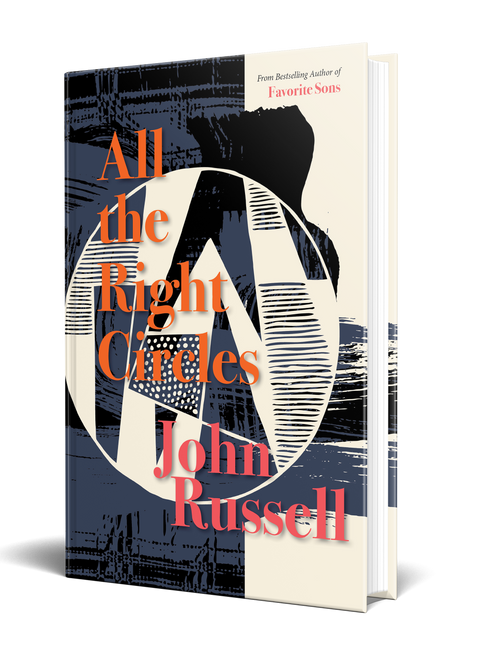 Fans of Pat Conroy will enjoy John Russell’s long-awaited second novel, a rich, multi-generational story of money and morals, power and race, sex and sanity, set in a changing America.

Jack Callahan is an outsider in his adopted hometown of Raleigh, North Carolina. A successful lawyer, he’s spent years trying to move in all the right circles. But with his literary mother in a sanitarium, his society marriage on the rocks, and his biggest client—Raleigh’s family-owned newspaper the Criterion—facing a hostile takeover, he’s beginning to wonder if it’s really worth it.

Step by step readers are drawn into the “non-secret secrets” of an elite that wields power founded on intricate manners and unsolved crimes. Jack’s mentor, World War II hero Hugh Symmes, is haunted by family misdeeds during the Wilmington Massacre of 1898. His client, Ward Forrest, third-generation newspaper heir, portions out liberal duty against riches amassed during the Jim Crow past. His friend, African-American judge Kai-Jana Blount, weighs the call to higher office against deals with men her civil rights crusading family had opposed.

Together they face a threat from Wall Street raider Victor Broman, Jack’s former client, who is hell-bent to acquire the Criterion for shadowy patrons. Jack tries his best to "do the hero-ing"—but questions the costs. Eventually, he takes counsel from his friend Lowry, a mysterious Native American mystic, who unveils a different path, away from all the right circles.