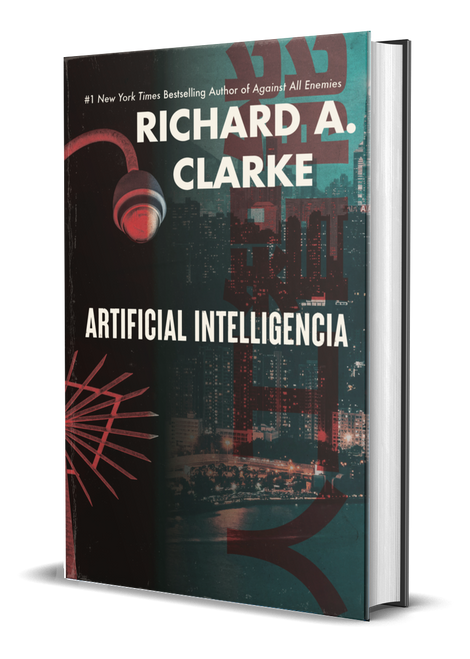 Our lives are more controlled by computers and algorithms than we understand, but who controls the computers? Artificial Intelligencia steps behind the veil into the world of hackers, intelligence agents, surveillance systems, quantum computing, and deadly international competition.

A junior Chinese police detective stumbles onto a global plot that has control of camera and computer systems tracking billions of humans, including people who seem to exist only in cyberspace. He created the world’s most advanced surveillance system and now an even more powerful program is after him.

Ranging from inside the highest offices in China to the halls of Washington’s security establishment and the cutting-edge labs of Canada and California, Chief Inspector Wei Bao races to stop an impending disaster. Only two problems: he does not know what the disaster will be or who is going to perpetrate it.

Richard Clarke was appointed by President Clinton as the first National Coordinator for Security, Infrastructure Protection, and Counterterrorism in May 1998 and continued in that position under George W. Bush. Until March 2003 he was a career member of the Senior Executive Service, having begun his federal service in 1973 in the Office of the Secretary of Defense, as an analyst on nuclear weapons and European security issues. In the Reagan administration, Mr. Clarke was the Deputy Assistant Secretary of State for Intelligence. In the first Bush administration, he was the Assistant Secretary of State for Politico-Military Affairs.