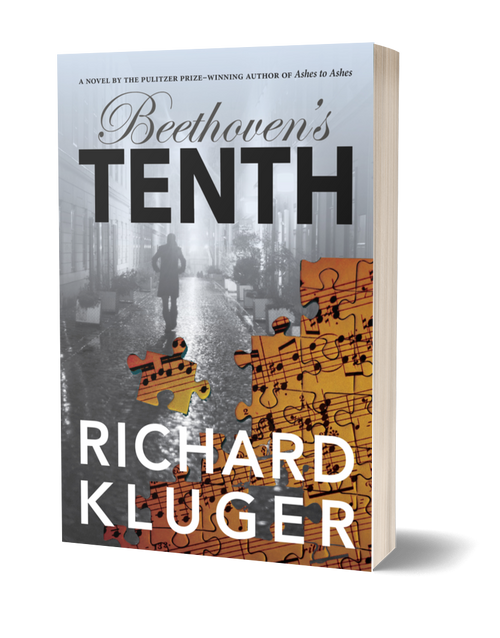 From the Pulitzer Prize-winning author of Ashes to Ashes
When the assistant manager of a hardware store in rural New Jersey shows up at the offices of Cubbage & Wakeham, an elite New York auction house, with a worn musical manuscript he hopes to sell for a small (or perhaps hefty) fortune, he is greeted with subdued snickers―and not surprisingly. The title page of the document reads, “William Tell: A Dramatic Symphony” and is signed “Ludwig van Beethoven.” The bearer of the composition claims he recently came upon it in an old attic trunk while cleaning out his lately deceased grandfather’s home in Zurich; several accompanying documents suggest the work was written there during the summer of 1814.

Since virtually all lovers of classical music―and many others who can’t tell Stravinsky from Springsteen―know that Beethoven wrote nine sublime symphonies, and so evidence of a new-found tenth one by the supreme master of that musical form sets off an instant international uproar. Is the seemingly miraculous discovery the genuine article or an ingenious hoax?

To solve the tantalizing puzzle before placing the manuscript on the auction block at risk of becoming a global laughingstock, Cubbage & Wakeham’s management organizes a team of intensely skeptical investigators, among them the world’s top Beethoven scholars and forensic experts, all of them out to prove the find a fraud. But as evidence to the contrary begins to pile up, tensions rise among the corps of authenticators, the financial stakes soar as would-be exploiters of the symphony gather, the governments of five nations seek to claim the work as a national treasure, and the mystery artfully spun by novelist Richard Kluger deepens by the day.

Among the beguiling questions that demand answers: