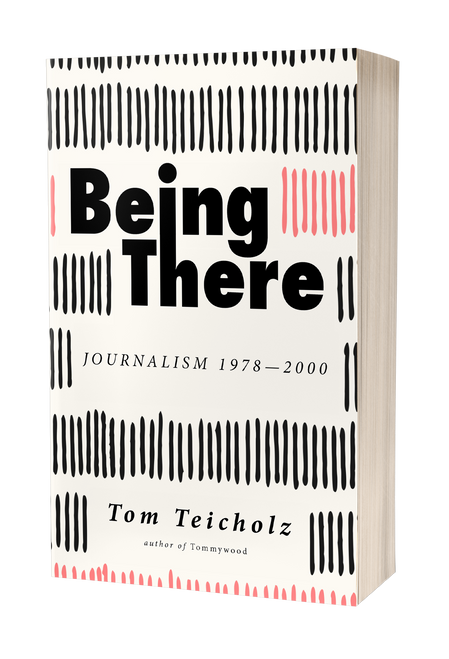 Being There is like the best dinner party you never went to with guests such as Jeff Bridges, Phoebe Cates, Michael Milken, Russ Meyer, Roz Chast, Issac Bashevis-Singer, Jerzy Kosinski, Cynthia Ozick, Tom McGuane, Bill Graham, and Baron Guy De Rothschild, among others; and conversations ranging from literature and film to the lives and careers of S. J. Perelman, John Delorean, and S. I. Newhouse; to discussions of President Reagan’s trip to Bitburg, the first Iraq war and a Nazi War Crimes trial being held in Israel for the first time since the Eichmann trial. With articles that originally appeared in Interview, The Paris Review, The New York Times Magazine, and The New Yorker’s “Talk of the Town.”