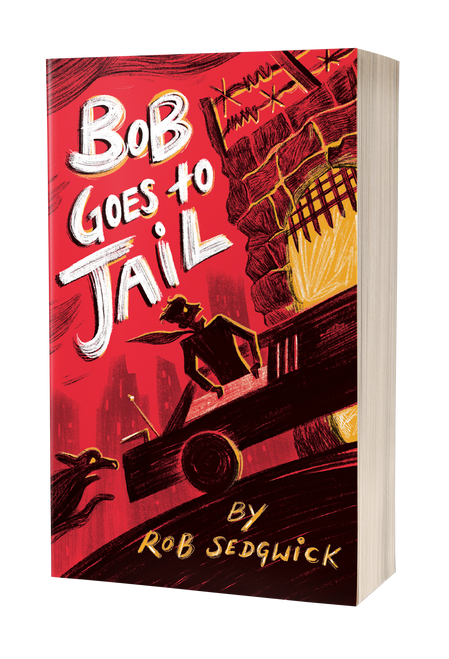 Rob Sedgwick was born into a famous New England family, and a family famously screwed up. In 1989, he was caught with an incriminating hoard of marijuana by the DEA in his Upper West Side apartment, and charged with possession and distribution. Bob Goes to Jail follows Rob as he prepares for the trial and explores his childhood and early adulthood through a series of intimate, and sometimes dark, vignettes of privilege and debauchery.

"You’ll revel in the chance to meet the rich cast of characters that are his family and friends. You’ll also dig Sedgwick’s portrait of New York in all its 1970s and '80s grimy splendor. Bob Goes to Jail is a great read and Sedgwick is the only one who could have told it."
―Tom Barbash, New York Times best-selling author of The Dakota Winters

Rob Sedgwick is a lifelong New Yorker. He is a father, son, brother, friend, actor, acting teacher, and lover of dogsespecially pitbulls. Currently, Rob is a dad to one young son, one adult daughter, and a three-legged pitbull. He's also a mentor and teacher to a group of ridiculously talented students at his acting conservatory in New York City, of which he is immensely proud.