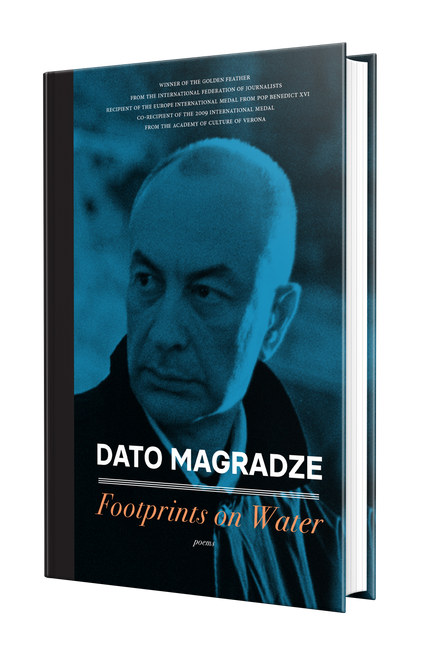 Featuring work from throughout his illustrious career, Footprints on Water marks the United States debut of Dato Magradze, who has earned international acclaim, including the Europe International Medal from Pope Benedict XVI, for his collection “Salve”; the Golden Feather from the International Federation of Journalists in 2005, for his text for the Georgian national anthem; and an international medal from the Academy of Culture of Verona, for his work promoting free speech. From the striking minimalism of “Caravan” to the genre-transcending epic of “Giacomo Ponti,” this collection not only explores but transgresses the formal boundaries of poetics.