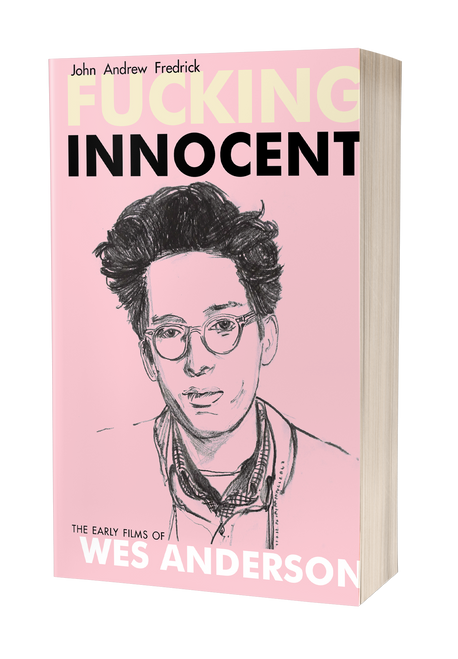 Wes Anderson is now seen as one of America's greatest and most stylistic filmmakers. With movies like The Fantastic Mr. Fox, The Grand Budapest Hotel, Moonrise Kingdom, and The Darjeeling Limited, Anderson has solidified his place among the best and brightest of contemporary filmmakers.

Anderson's early films, the films that rocketed him to stardom, are often written about separately and in contrast to his later films, in Fucking Innocent, John Andrew Frederick, who has taught Anderson's early work at the University of Southern California, examines his three earliest films and discusses each individually and as the burgeoning of the art of one of most talented of American directors. Frederick's criticism looks at Bottle Rocket, Rushmore, and The Royal Tennenbaums in this fun and sharp critique.