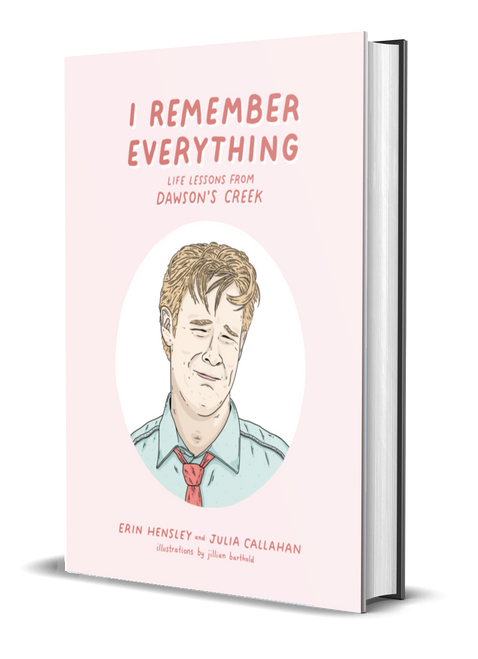 The first coming of age series for millennial consumption, Dawson’s Creek created the most iconic meme of all time before the word meme was invented. On January 20, 1998, we were introduced to our Capeside High Class of 2001—the last class of students to live their whole childhood before 9/11. We met Jen Lindley, who, at the age of fifteen, we were told was a “big city vixen,” but actually turned out to be the third wave feminist icon, we didn’t know we desperately needed. Pacey Witter, “the lovable loser,” who was less loser, more the guy who taught us all exactly how sexy consent can be and sailed off with our hearts. Joey Potter, the “poor tomboy” from the wrong side of the creek that showed us the incredible amount of work it takes to rise up the social ladder, especially compared to her white, upper middle class, male best friend, Dawson Leery, the classic “good guy,” who became the blueprint for identifying toxic masculinity and white privilege, earning his place as the first titular character every viewer grew to hate.

I Remember Everything remembers everything about the seminal ’90s show whose theme song was stuck in our heads for the entirety of its six seasons—and to this day if we’re being honest. With quotes from the show about sex, mental health, relationships, classism, queerness, and much, much, more, Erin Hensley and Julia Callahan, hosts of the podcast Dawson’s Critique, break down why we still can’t get enough of Capeside, MA and its teenage inhabitants. You don’t want to wait to get this book for all of your friends and you’ll want to know right now what will be their take on the hilarity that is Dawson’s cry face.