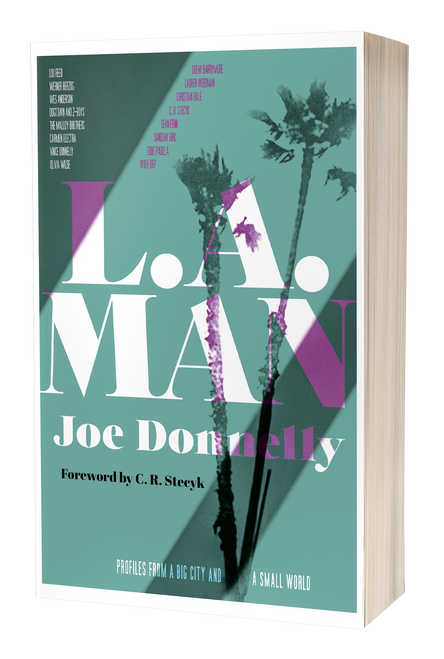 During his many years writing for publications such as LA Weekly, the Los Angeles Times, Slake, Surfer's Journal and more, Joe Donnelly has driven to Texas with Wes Anderson, shot pool with Sean Penn, surfed with Chris Malloy, sparred (verbally) with Christian Bale, gone on a date with Carmen Electra, and listened to tall tales told by Werner Herzog. These profiles, which also include encounters with Drew Barrymore, Lou Reed, Craig Stecyk,the wolf OR7, the Z-boys and others who have indelibly stamped the cultural landscape, drill through the facade of fame to get at the core humanity behind the myth-making. This collection manages to show Los Angeles' biggest export in a light in which it is rarely seen.