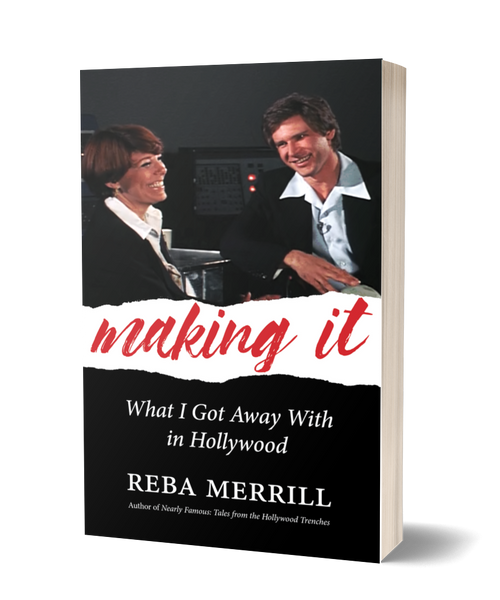 Have you ever wondered what Angelina Jolie fears the most, or what Dustin Hoffman did to ease tension on a film set? What did Whitney Houston think about fame? Find out the secrets of the stars as you go behind the scenes of some of your favorite films with Reba Merrill, an international entertainment journalist who has interviewed hundreds of celebrities while promoting over 500 feature films. Follow Reba's personal journey as she conquers her own addiction and survives the challenging road to success in Hollywood, learning along the way that a celebrity's problems are not so different from our own.

"Nearly Famous is nearly like sitting across a table from the world's biggest stars and sharing a cup of coffee. Reba finds the humanity in even the larger than life personalities and splashes it across the page. A must read for movie fans everywhere." —Mark DeCarlo, TV host and author

"Reading Reba's remarkable story of how she found her groove in this business you come to realize the makings of a real pro...highly entertaining...pulls no punches. Read it. Enjoy it. Be seduced by it." —Pete Hammond, writer, producer, movie critic, and film historian