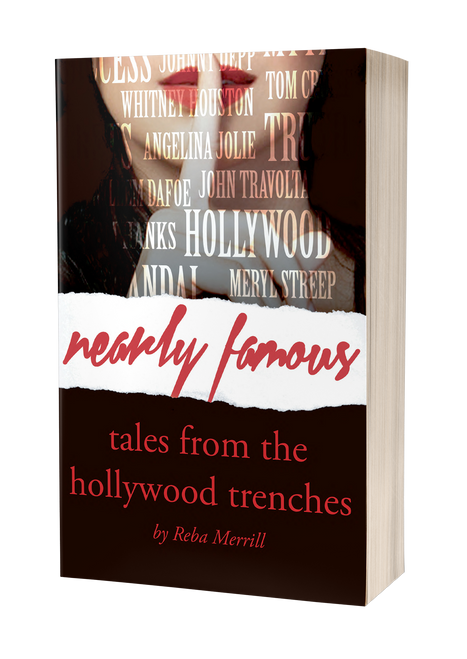 She packed her dreams of stardom away at seventeen when she walked down the matrimonial aisle, never imagining that thirty years later she would have the chance to make them come true...and at what cost. Nearly Famous: Secrets, Lies and Addiction is the captivating and incredibly honest story of a woman's journey from a '50s-era good girl who married the man of her mother's dreams only to end up divorced, destitute and responsible for two little girls. The experience started a fire that fueled her determination to never be reliant on anyone else again. The result was an amazing career, sitting opposite the biggest stars in Hollywood, telling their story...but at what cost. In this very revealing memoir Reba Merrill takes the reader on an insider's look at the true cost of fame.

Reba Merrill is an Emmy award winning international entertainment journalist. She has interviewed nearly everyone, from legendary movie stars to hot new celebrities. She has hosted four talk shows, including Good Morning Arizona,ABC Phoenix, Sun Up, San Diego and That's Life on Cox Cable. Her celebrity profile interviews and TV specials have been seen in over sixty countries. The Reba Merrill Collection of her video interviews are part of the archives of the Academy of Motion Picture Arts and Sciences.