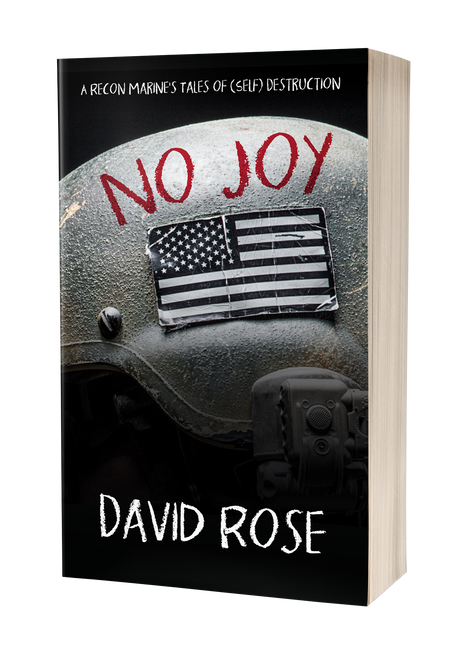 "Going to war was a finite window to touch the vanquished barbaric world modern reality has so woefully blighted out."

oining the Marines in 2002, David Rose signed up to go fight ... and to go die. On this grim path, rather than finding a violent death, he would find family, purpose, and a brotherhood amid the misfit tribal world of the war fighter. No Joy sees David recounting madcap tales of Muay Thai bouts in seedy garages, a bizarre stint as a street cop, being on the other side of the badge, becoming a veteran of the psych ward, and more. It's an irreverently told story that doesn’t just tell one man's tale, but speaks to the necessary question: What really draws modern young men to war?

Now That I Am Gone: A Memoir Beyond Recall by Allan MacDonell