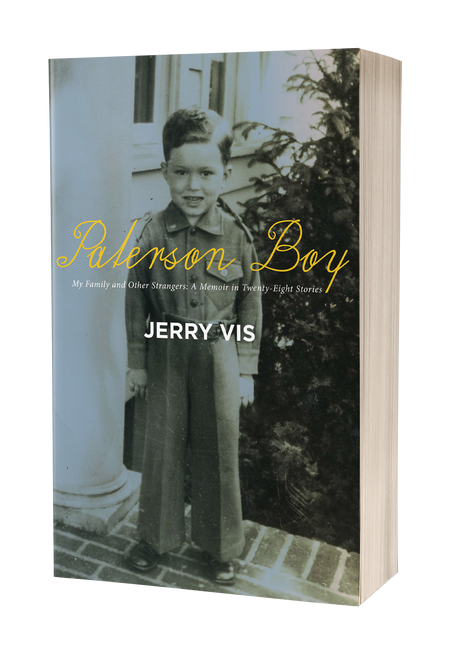 Paterson Boy is a memoir told as a series of stories. Sometimes laugh-out-loud funny, sometimes ironic, and sometimes filled with heartache, Paterson Boy takes you on a journey that will make you reflect on your own childhood with its many disparate pieces. Collectively they are a rite-of-passage story with all the varied emotions that would suggest, minus the drama of war, incest, or physical abuse.

With a fresh, wise voice, Jerry Vis tells a marvelous story of the freedom of childhood, its loss, and search for the path back to oneself. It is also a tale of Paterson, NJ, as it starts to decline, of a neighborhood that is an entire world for an only child born into a blue-collar family just months before the start of WW II. It is a place of family-owned stores and horse-drawn vendor wagons, of aunts and uncles, grandparents, teachers, and friends. Jerry has an adoring mother who provides a decade of loving security and the freedom to explore his boyhood world on his own, and a remote father who comes in and out of focus in Jerry’s life until he dramatically emerges center stage, along with a confusing mix of God, religion, and alcohol. At the same time, other family members scheme, lure, cajole, and bribe Jerry in an attempt to shape him into what each thinks he ought to be, and in an attempt to save him from his father. Influenced by those around him, Jerry must somehow learn to find a way to become himself.

Genderqueer: And Other Gender Identities by Dave Naz

Now That I Am Gone: A Memoir Beyond Recall by Allan MacDonell