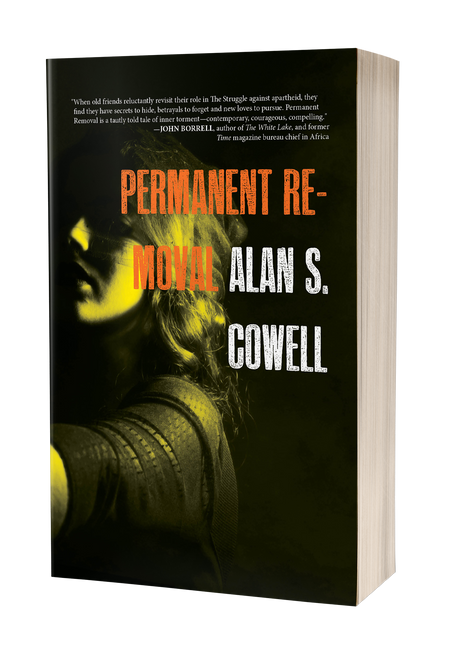 "They will use the flashing patrol light to force the sky-blue Honda to pull over – an old trick, but it often worked. They will manacle their captives and switch license plates. They will drive the four men back toward the dunes. In the first instance, there will be knives and bludgeons. Then gasoline to incinerate the bodies and the Honda. Dirty work, but someone had to do it."

Permanent Removal is a beautifully written political thriller focusing on the nature of justice, truth, betrayal, socio-political and ethical quandaries, complicity and moral agency. The novel introduces readers to a cast of players whose destinies intertwine in a particularly gruesome murder. The novel is set in apartheid South Africa and fictionalises the events leading up to the assassination of the Cradock Four. South African security forces set up a roadblock to intercept a car near the city of Port Elizabeth. Two of the four anti-apartheid activists in the car were secretly targeted for assassination. The police abducted the four and murdered them in cold blood. Their burnt bodies were found later near the Port Elizabeth suburb of Bluewater Bay. These murders are one of apartheid’s murkiest episodes. On the day of the funeral of the Cradock Four, President PW Botha declared a State of Emergency. It was the beginning of the end. Works such as Jacob Dlamini’s penetrating and discursive Askari and the recent publication on Eugene de Kock as state sanctioned perpetrator of various evils will be complemented in no small measure by this intriguing fictionalised exploration of political executions and culpability/loss during the apartheid heyday.