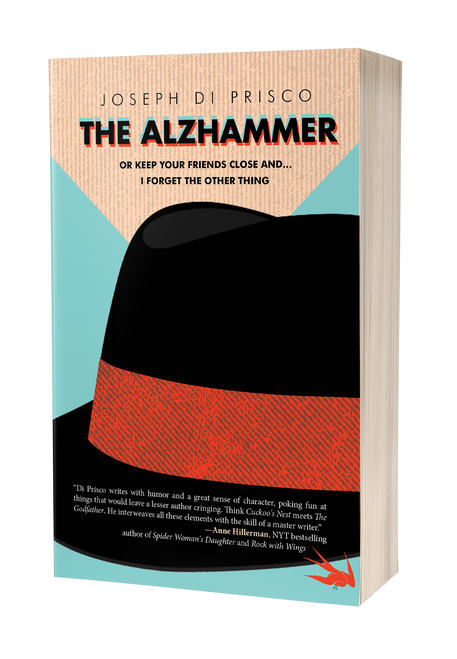 Mikey is history. He’s got what he calls the Alzhammer. A once-powerful mob boss, he is seriously slipping—losing control of his crew and of his mind. His business is sideways, his rivals are coming for him, he’s crazy forgetful, and it is a fact his parents suffered miserably with Alzheimer's. He refuses to ride diapered and drooling into the sunset. He is going to whack himself. Problem is, others are trying to whack him and rip off what’s left of the family’s business, which is different and which pisses him off—when he remembers.

Meanwhile, his ex, Zayana, slips back into his life. She’s been on the lam. Long ago, she hooked up with a rich, ruthless, and very married Senator who's concerned she might go public during election season, and he’s prepared to do whatever it takes to eliminate her and save his image. Mikey decides to do the right thing for a change. They will hole up in the perfect hideaway—a shady, unlicensed nursing home near Vegas—until after the vote.

Genderqueer: And Other Gender Identities by Dave Naz