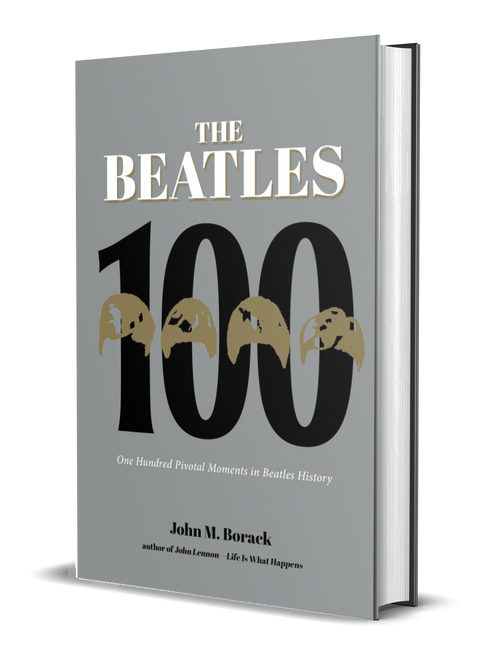 In 100 brief chapters, John M. Borack discusses and ranks the greatest moments in Beatles history. An avid Fab Four fan since childhood and a music journalist for more than thirty-five years, Borack has created a book to agree with and disagree with, and one that is sure to spark conversations. A love letter to the greatest rock band of all time, The Beatles 100 is a book for Beatles buffs and casual fans alike.

John M. Borack is a veteran music journalist who currently serves as a contributing editor at Goldmine Magazine, a monthly music collectors’ periodical. Borack is the author of three books: 2008’s Shake Some Action: The Ultimate Power Pop Guide, 2010’s John Lennon: Life Is What Happens, and 2018’s Shake Some Action 2.0: A Guide to the 200 Greatest Power Pop Albums 1970-2017. He has also contributed The Trouser Press Guide to ‘90s Rock and Go All The Way: A Literary Appreciation of Power Pop, and has written liner notes for several to He lives in Orange County, California with his wife, two children, two dogs and a constantly growing LP and CD collection.