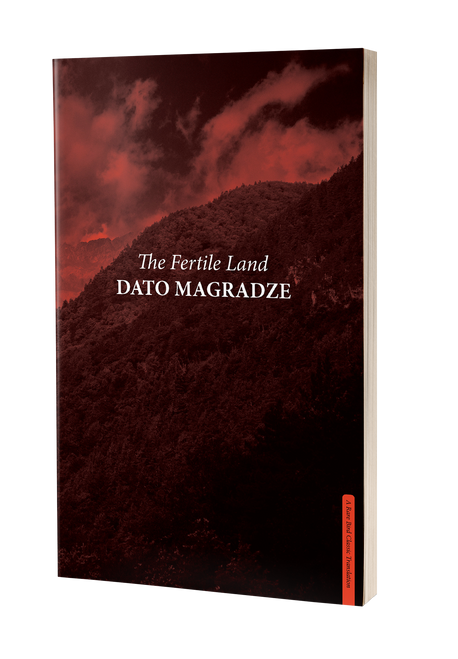 Reconnecting the poetic verb to a metaphysical vein, flowing in multiple registers of language, Dato Magradze addresses sensations of both individual and collective memory. The references to The Waste Land by T. S. Eliot, to the Song of the Land by Mahler are transcended in a founding gesture: the poetic, political, cosmic hope of a possible transfiguration of a land plunged in desolation into a fertile land. At the end of this textual and existential transmutation, a fertile ground will unfold which reinvents a harmony with life. With the forms of matter and with the spirit. With coronation and with freedom.

Dato (David) Magradze was born in 1962; in 1984 he graduated from Tbilisi State University, Faculty of Philology. He has published several collections of poems, including Marula (1987), Nikala (2002), Salve (2004), Nafexurebi cyalze (The Steps on the Water) (2011), and Giacomo Ponti (2011). His books have been translated into Armenian, English, German, Italian, Russian, and Turkish. Between 1984 and 1992, he worked for various magazines and then as editor of the literary magazine Tsiskari. From 1992 to 1995, he was the Minister of Culture of Georgia and has served as a Member of the Georgian Parliament. From 1991 until 2010, he was the Director of Georgian PEN. He has won many awards including, in 2005, the Golden Feather from the International Federation of Journalists for his text for the Georgian National Anthem. In 2008, he received the Europe International Medal from Pope Benedict XVI for his collection Salve. In 2009, the Academy of Culture of Verona awarded Dato Magradze and Anton Mazreku (an Albanian poet) an international medal, for their work promoting freedom of speech.