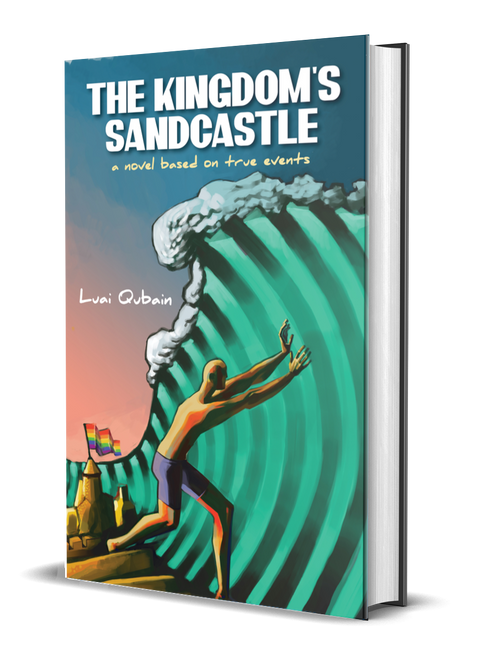 Based on true events that ensued in a Kingdom in the Middle East, Louie, a closeted young gay man, has been forcibly brought back from California because of a drug rumor less than two months from his arrival. Just a few weeks after his regression back into the Kingdom, his mother dies under suspicious circumstances, and Louie is alone with a secret—a secret that, if revealed, could lead to him being disowned by his family, or even killed. While struggling with his situation and battling depression, Louie meets John on a gay dating website, not realizing John has his own secret, and malicious plan.

Luai Qubain received a degree in petroleum engineering from the University of Oklahoma in 2011. After graduation, he moved to Denver, Colorado, where he worked with an international oil and gas company before founding his own energy consulting firm. Born and raised in Jordan, he had to lead a double life as a young gay man amidst a society that viewed homosexuality as a disease and a sin. He managed to escape the oppressive and cruel Middle Eastern society, and now lives life openly and happily. He still lives in Denver with his husband, three cats, and dog.