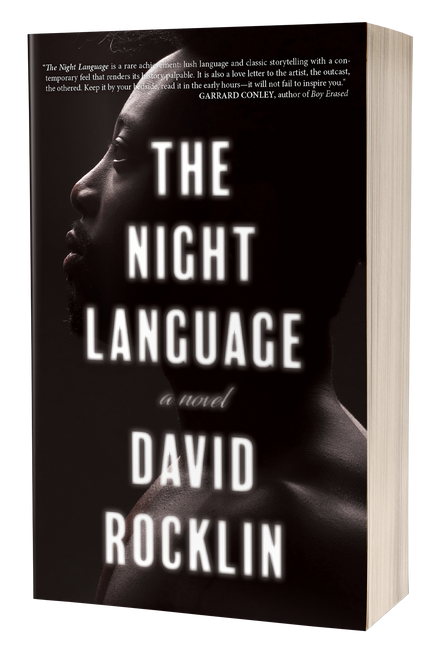 The Night Language tells the story of a young man, Prince Alamayou of Abyssinia (present day Ethiopia), who is taken from his home and the Abyssinian war to the court of Queen Victoria―a world he knows nothing about.

With him is Philip Layard, a young apprentice to one of the doctors on the battlefield in Abyssinia, who becomes Alamayou's guardian, only friend, and eventually, the love of his life. When Parliament accuses Alamayou of murder, the young prince is sentenced to return to Abyssinia where he will be executed.

Alamayou's only hope comes from the very thing that cannot be uttered: the unexpected and forbidden love between him and Philip.

Inspired by true events, The Night Language is a unique novel of love, loss, and the consequences of repressive societies.

Along Comes the Association: Beyond Folk Rock and Three-Piece Suits [signed] by Russ Giguere and Ashley Wren Collins