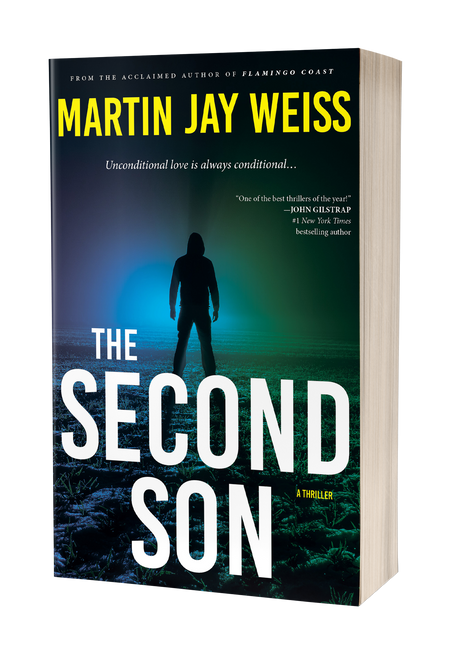 Twin brothers Ethan and Jack Stone have built the ultimate transparency app—Stalker—and it’s going to make them rich. But when Ethan’s girlfriend dumps him and his brother bails for their biggest competitor, Ethan is convinced they ran off together. He uses Stalker to find out, tracking them from Silicon Beach to Silicon Valley, and the secret he reveals is even more twisted than he imagined. Between his faith in people and the technology he designed to expose the truth, Ethan is forced to rethink everything he had believed regarding privacy, freedom, and trust.

A poignant and timely novel, The Second Son deftly asks how far is too far when it comes to business, romance, and the intersection of technology in every aspect of our lives.