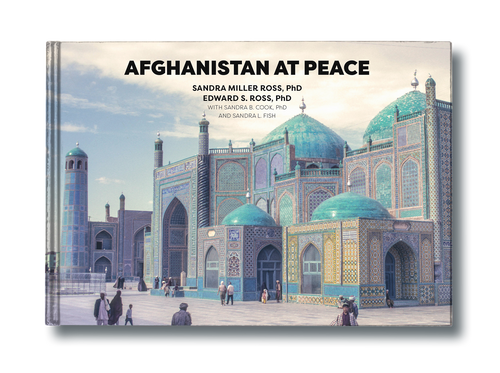 In 1970, the prominent entomologist Ed Ross and his wife Sandy were on a legitimate scientific expedition, focused on achieving a significant scientific result, i.e., to find and identify a special insect, an embiid. Over a period of years, in the course of Ed’s research, the couple had already visited very remote and exotic locales all over the world, including places many people have never heard of. They had seen people living nearly stone-age lives, witnessed primitive rites, thrice camped their way across Africa, and Ed never set foot in a hotel during his yearlong entomological survey of India. But none of this could have prepared them for Afghanistan. As world-traveled as they were, they found themselves completely surprised and enthralled by this unique, ancient, and enduring culture.