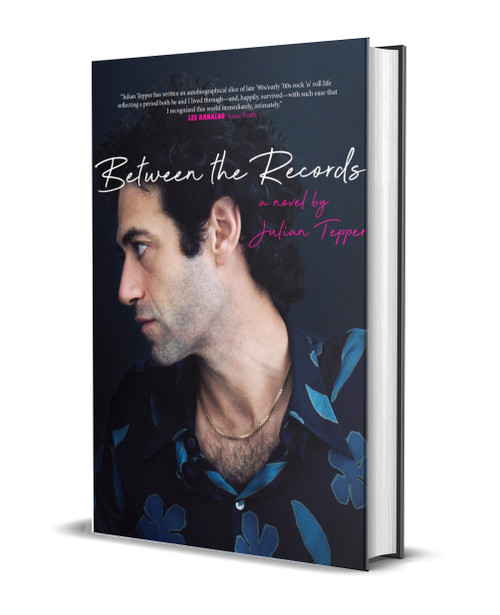 Jules and Adam Newman's complex, often hostile, relationship has long fueled their music careers as they followed in their father's footsteps. After the release of their debut record, and while struggling to write tracks for the followup, the brothers begin to clash. Jules, the younger brother, feels cast aside and ignored by Adam, who has long been accustomed to having things his own way. From the studio to the stage and across the countless miles in between, Julian Tepper's third novel is a moody and heady work of autofiction based on his days in the Natural History, which he and his brother formed in 2001. Between the Records examines brothers, fathers, rock and roll, and the personal demons therein—both musical and familial.

Julian Tepper is the author of two novels, Balls (Rare Bird) and Ark (Dzanc). As the member of the band The Natural History, he recorded two albums and co-wrote the hit song, "Don't You Evah" for the legendary indie-group, Spoon.

A portion of the proceeds will be donated to music cares.

Along Comes the Association: Beyond Folk Rock and Three-Piece Suits [signed] by Russ Giguere and Ashley Wren Collins