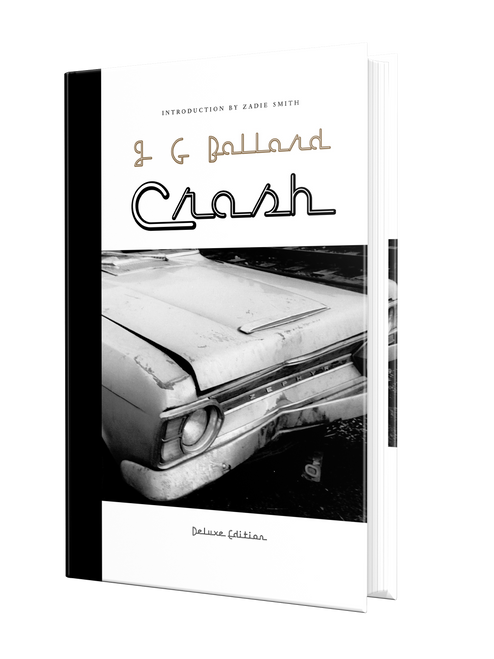 When J. G. Ballard, our narrator, smashes his car into another and watches a man die in front of him, he finds himself drawn with increasing intensity to the mangled impacts of car crashes. Robert Vaughan, a former TV scientist turned nightmare angel of the expressway, has gathered around him a collection of alienated crash victims and experiments with a series of autoerotic atrocities, each more sinister than the last. But Vaughan craves the ultimate crash―a head-on collision of blood, semen, engine coolant, and iconic celebrity.

First published in 1973, Crash remains one of the most shocking novels of the twentieth century and was made into an equally controversial film by David Cronenberg.

"In Ballard the dystopia is not hidden under anything. Nor is it (as with so many fictional dystopias) a vision of the future. It is not the subtext. It is the text...."
―Zadie Smith, The New York Review of Books

"A work of very powerful originality. Ballard is among our finest writers of fiction."
―Anthony Burgess

"The last great English avatar of the avant-garde."
―Will Self