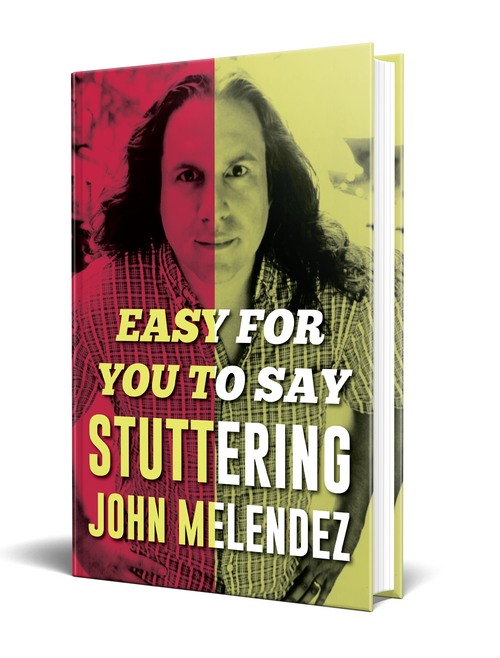 Easy for you to Say is “Stuttering” John Melendez's memoir of his childhood being bullied in school for his stutter; his years as an on-air personality with The Howard Stern Show; and his subsequent ten-year career as a writer and on-air announcer for Jay Leno's Tonight Show. It details his famously acerbic relationships with celebrities he interviewed/insulted (Raquel Welch once punched him in the face). In the book, Howard Stern emerges as a surprisingly mean, stingy, and megalomaniacal boss―and Jay Leno as a seeming sufferer from OCD.