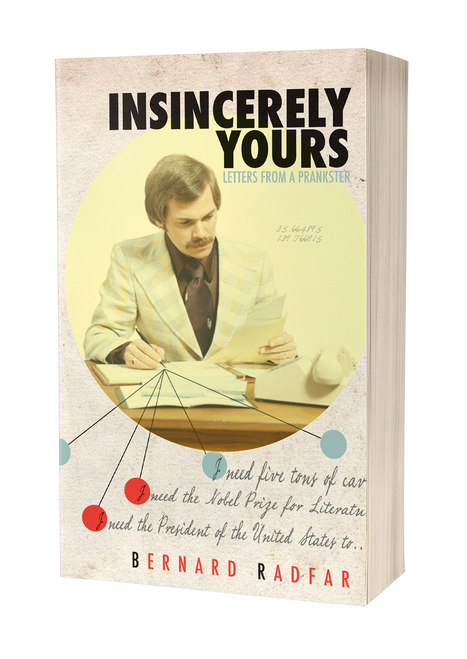 When eternal prankster Bernard Radfar created a make-believe character, Mark Black, a filthy rich eccentric with some highly unusual needs, he had no idea that Mark's letters requesting bizarre services would actually bring him responses! Mark tended to expect a lot, after all, the richest do, and wrote to a wide range of companies from private jet firms to life coaches who might be willing to satisfy the requests of an affluent individual. This hilarious collection of genuine letters is pure fun, contrasting Mark's boldness of privilege with his respondent's genuine desire to be of service. Among them is a request for a private jet to fly his Brazilian lover(s) to his ranch house in Germany, ordering a ton of beluga caviar for next-day delivery to satisfy his craving for munchies . . . and asking how he could apply for the Nobel Prize for Literature. And that's just the beginning!