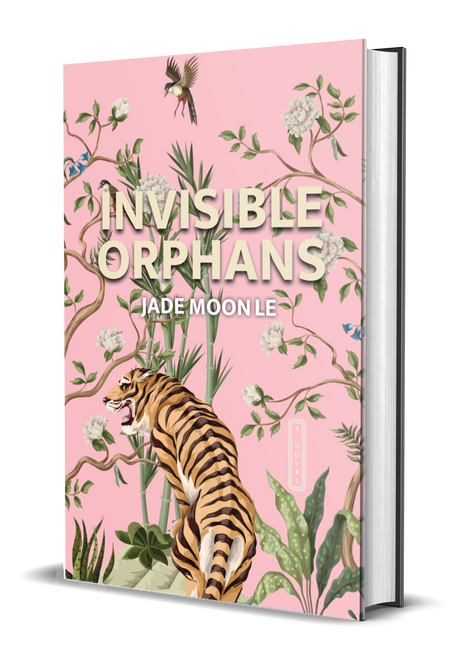 A young kindergarten teacher from Hong Kong and an American expat meet serendipitously on China’s southernmost island of Hainan, a paradise where the boundless sea meets the wide sky. Soon after, young Vivi and Matthew marry and set off to live out their dreams on an organic farm in Indiana. Then, an unexpected tragedy leaves Vivi devastated.

Struggling to maintain the farm as well as the bonds she has formed with Matthew’s family, Vivi wrestles with Matthew’s sudden absence from her life in this emotional investigation via a series of remembered conversations, letters, inner monologues, and journal entries that span over twenty years.

Reminiscent of Ocean Vuong’s On Earth We’re Briefly Gorgeous, Invisible Orphans delves into the universal feelings of love and loss, capitulation and perseverance, and as the dust settles, an appreciation for the strange mystery of being alive.

Jade Moon Le grew up in a traditional Chinese matriarchal family permeated by the Portuguese and British influence of Hong Kong and Macau. Her playmates spoke many languages, yet they learned to understand each other, initiating Le’s curiosity in studying languages and observing people. A devoted bookworm since childhood, Le currently lives in California.