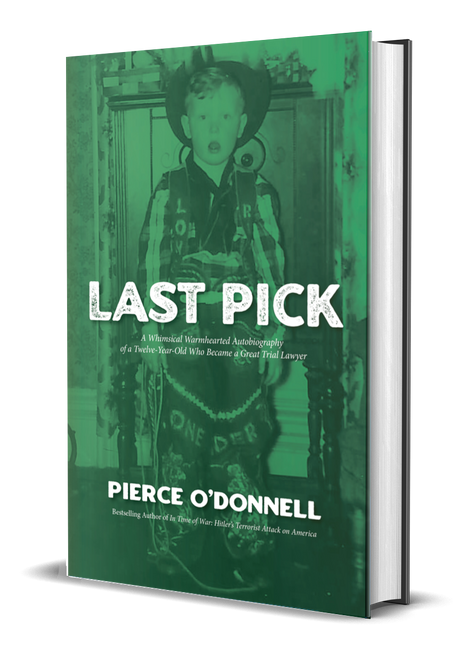 The oldest of four children in a prototypical Irish Catholic family, Pierce O’Donnell recounts growing up in a village with more cows than residents with his WWII-hero father, who owns the only liquor store; his intellectual mother, the librarian; his spinster aunt, the local postmaster; his three younger sisters; and a ghost named Nora. Last Pick adroitly conjures up a bygone era in which this young boy’s biggest concerns were making the Little League Team (he never did), not freezing to death delivering a newspaper, making Eagle Scout, and learning Latin as a reluctant altar boy allergic to incense. This self-deprecating story of a determined, well-meaning underdog will delight O’Donnell’s fellow Baby Boomers and enchant younger generations for years to come with its witty and timeless humor.