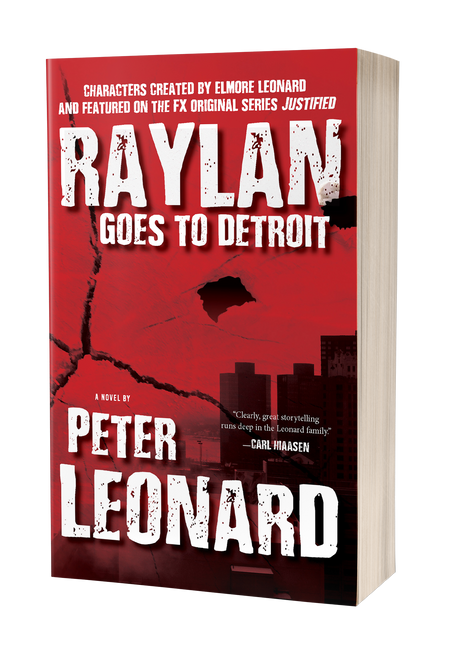 After an altercation with his superiors in Harlan County, Kentucky, Deputy US Marshal, Raylan Givens is offered two choices. He can either retire or finish his career on the fugitive task force in the crime-ridden precincts of Detroit.

Acting on a tip, Raylan and his new partner, deputy marshal Bobby Torres arrest Jose Rindo, a destructive and violent criminal. Rindo is also being pursued by the FBI who arrive shortly after he is in custody. Raylan bumps heads with a beautiful FBI agent named Nora Sanchez, who wants Rindo for the murder of a one of their own.

When Rindo, escapes from the county jail and is arrested in Ohio, Raylan and FBI Special Agent Sanchez drive south to pick up the fugitive and bring him back to stand trial. Later, when Rindo escapes again, Raylan and Nora―still at odds―are reunited and follow the elusive fugitive's trail across Arizona to El Centro, California and into Mexico where they have no jurisdiction or authority. How are they going to bring Rindo, a Mexican citizen, across the border without anyone knowing?

Raylan Goes to Detroit is an exciting continuation of one of Elmore Leonard’s greatest heroes, an edge-of-your-seat, page-turner in the spirit of Elmore’s classic Raylan books.