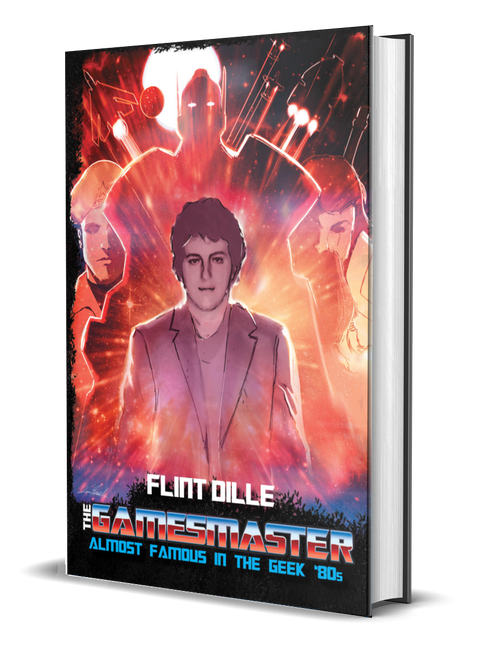 The Gamesmaster is a narrative memoir chronicling the life and career of Flint Dille. And while he isn’t exactly a household name, you almost certainly know his work—which includes credits from some of the most important and successful entertainment franchises throughout the world across the cartoon, film, video game, and comic book industries and beyond.

Dille started his career writing and producing Saturday morning television shows, including Transformers and G.I. Joe, while also writing interactive novels with Gary Gygax, the creator of Dungeons & Dragons. From there, he’d go on to work with the likes of Steven Spielberg, George Lucas, Frank Miller, Jack Kirby, and a raft of others as a writer, story editor, show runner, and/or producer of iconic entertainment in almost every medium.

Dille’s memoir is an entertaining blend of pop culture, social history, and reportage about the exciting, groundbreaking 1980s, and the parts he and his colleagues, collaborators, employers, and friends played in making it a genuine Golden Age.