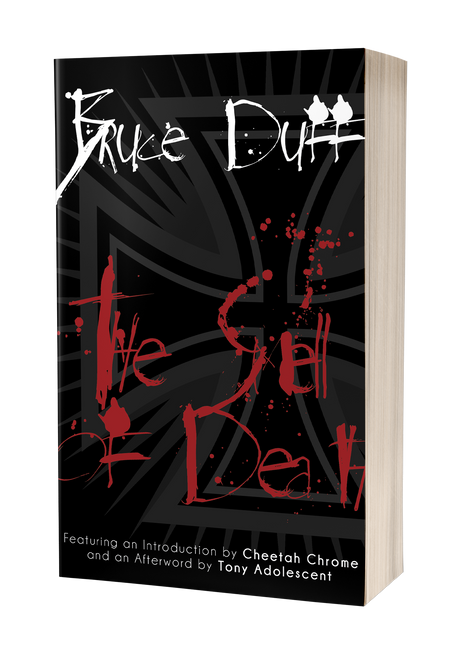 “This book is going to have a lot of humor in it. When you embellish on a story, you can tell if it’s being embellished. When you really tell real stories about real things that happened on the real road, the reality is always so much more funny and so much more interesting to read. This is one of those books. I think when people read it, they really will get The Smell of Death, where you think, ‘we either going to finish this show or we’re going to die.’”
—Alice Cooper, Nights with Alice Cooper

Musician, producer, manager, rock journalist, indie label executive, Southern California native Bruce Duff has seen and been a part of more rock 'n' roll fantasies come to life than the average guy with long hair and a penchant for living the dream. From biohazardous opening slots with the legendary GG Allin to playing alongside the notorious Jeff Dahl and the Dead Boys' Cheetah Chrome, wearing multiple hats at Triple X Records, and writing for the most acclaimed publications in the genres, Duff remembers things past with The Smell of Death, his ode to the good times and his acceptance of the bad.