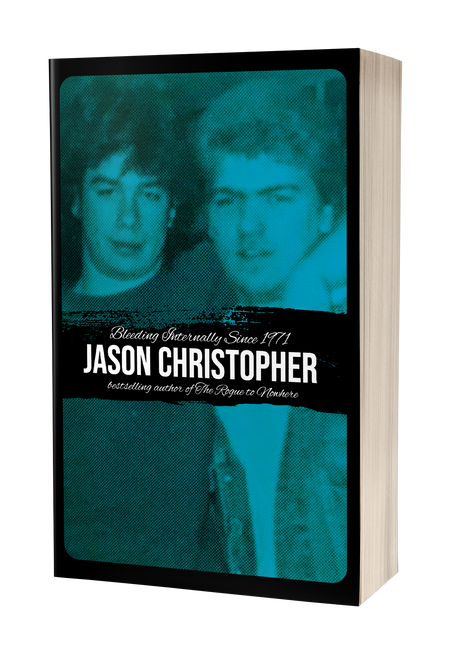 The follow-up to the cult favorite The Rogue to Nowhere follows Jason Christopher as he criss-crosses the country from the glitz and glam of Sunset Boulevard, to the hollows of Woodstock, New York, and back again in search of the next score, the next gig, and the next girl—though not always in that order. Bleeding Internally Since 1971 is a no-holds-barred peak at the will to follow your dream, the drive to get sober, and the many stops along the way.

Jason Christopher is a hired gun in the hard rock and metal community, playing with bands like Ministry, Prong, Corey Taylor of Slipknot and Stone Sour, Sebastian Bach of Skid Row, and many others. Spending most of his early life in Woodstock surrounded by the heaviest musical cats in the world, Jason has always been drawn to the weird, wonderful, and unconventional. He currently lives in Las Vegas, Nevada, when he isn't on tour.