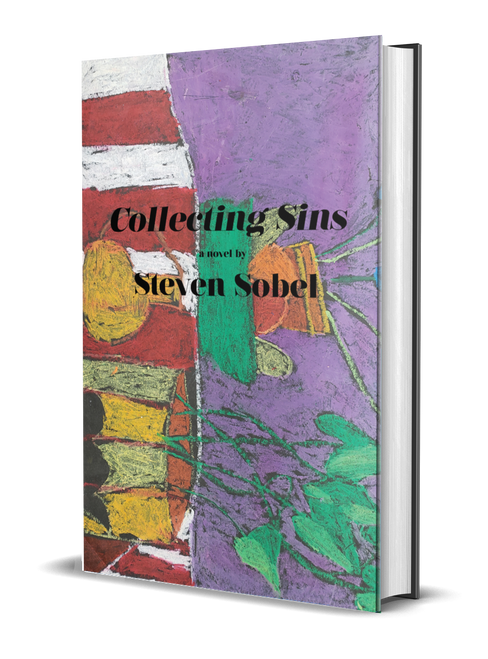 Collecting Sins is a highly-charged coming-of-age novel set in the Southern California of the late 1960s/early 1970s. Steven Sobel evokes the inner environment of Ben, a sensitive and carefree youth confronting adulthood. Ben explores the labyrinth of sewers beneath the San Fernando Valley, cavorts on the sun-drenched, bikini-infested beaches of Santa Monica, and immerses himself in the hippie culture of Topanga Canyon. In the tradition of J. D. Salinger, Carolyn See, and Jay McInerney, Sobel takes us on a rollicking journey through the heady atmosphere of the era. Amplified by drugs, sex, rock 'n' roll, Vietnam, feminism, violence, and poetry. More than the story of an individual, Collecting Sins is the story of a generation before it came to power.

"It would be a sin not to read this book! Collecting Sins will drain you of your innocence and condemn you to be ever grateful that writers as unblemished by piety and can't as Steven Sobel manage to exist."
—Howard Junker, editor, ZYZZYVA

"Tackling teenage trauma from a wholly different perspective, Collecting Sins follows the darkly comic adventures of the very confused Ben, who is touchingly trying to navigate his way through the late sixties in L.A. Steven Sobel's confident debut novel is so vividly evocative, and his protagonist so honestly etched, you'll be imagining the sequel before it even ends!"
—Marie Claire