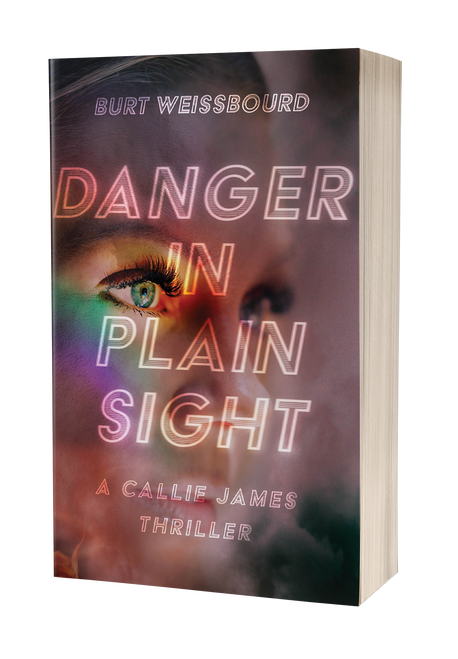 Celebrated Seattle restaurateur Callie James is more than a little thrown when her ex-husband, French investigative reporter Daniel Odile-Grand, shows up after fourteen years asking for her help. Even more disturbing: as she throws him out, Daniel is deliberately hit by a car, hurled through the front window of her restaurant—broken, bloody and unconscious. He flees from the hospital and breaks into Callie’s apartment, where he passes out. Reluctantly, Callie hides him. When she gets back to her restaurant, two assassins walk in, insisting that she find Daniel for them by tonight or pay the consequences. Overwhelmed and hopelessly out of her depth, Callie hires the only man she knows who can help her: Cash Logan, her former bartender, a man she had arrested for smuggling ivory through her restaurant two years earlier, and who still hasn’t forgiven her. The assassins blow up her restaurant. It’s Callie’s nightmare. And the worst is yet to come as she and her unlikely, incompatible ally discover that the most perilous dangers are far closer to home than they’d imagined.

"A woman gets in touch with her inner action hero in this bracing thriller...as one character toasts, 'Bravo, Callie James.'"

"His skill as a writer is obvious and there's a level of polish present in these pages you don't find with less experienced authors... Danger in Plain Sight sets the stage well for Burt Weissbourd to have an impressive run with this character and he will undoubtedly attract a growing audience with each new additional entry in the series."

"One of the most accomplished elements of this highly entertaining novel is the way that the action hinges on the emotional and interpersonal arc of the story rather than the plot twists themselves...it's Callie's relationships with the central figures, particularly Cash...that give the story its realistic and heart-stopping impact."

"Weissbourd delivers a polished page-turner about terrorism, money laundering, and the price of sins rooted in avarice...Tart dialogue, explosive set pieces and a dexterous narrative style that favors velocity over exposition add to the book's appeal...Thrillers may be a dime a dozen but memorable characters deserve a longer half-life, so here's hoping Callie and Cash make a welcome return soon."

"An inventive thriller whose unconventional heroine learns how to live again."