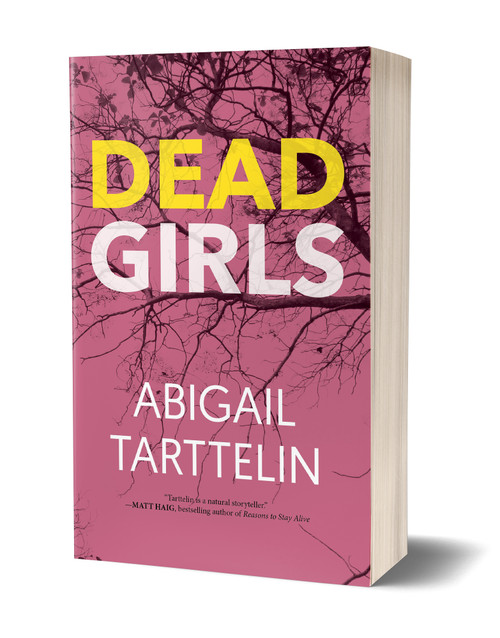 Signature is on a book plate

From the award-winning author of Golden Boy, a riveting novel that traces one girl’s journey to understand what happened to her best friend, and what it might mean to be a girl.

Eastcastle, England in the late 1990s is a peaceful, rural community where children disappear into wheat fields to play until nightfall. There are no mobile phones and no cause to worry. For families, it’s a place that allows the ultimate freedom, and this is the way eleven-year-old Thera Wilde and her friends are brought up: free.

So when Thera’s best friend goes missing, Thera assumes Billie is off on another adventure. Then detectives come to question Thera at school, and she realises the worst has happened. Thera starts to ask, what is a pervert? Why are girls particularly at risk? And why do the men around her think she’s theirs to touch? Questions the adults around her don’t want to answer.

Meanwhile, Billie has entered the realm of the dead girls; the girls that go missing and who no one finds. Does Thera really see her ghost, or is she hallucinating, mentally marked by the horror of losing her friend? The investigation continues. The rural police are slow, and overwhelmed by the unexpected nature of the case.

Urged on by what she believes to be Billie’s ghost, Thera decides to find out what happened to her friend. It’s the 90s. Girls can do anything. Thera will hunt down the killer herself.

An authentic, tender portrayal of a young girl’s grief and determination in the face of unbearable loss, as well as a smart, suspenseful exploration of how we talk to young girls about the men who would hurt them. Dead Girls is Tarttelin’s riveting, fiercely feminist follow up to critically-acclaimed LAMBDA Finalist and ALEX Award winner, Golden Boy.

Girl In a Girl Band by Malia James