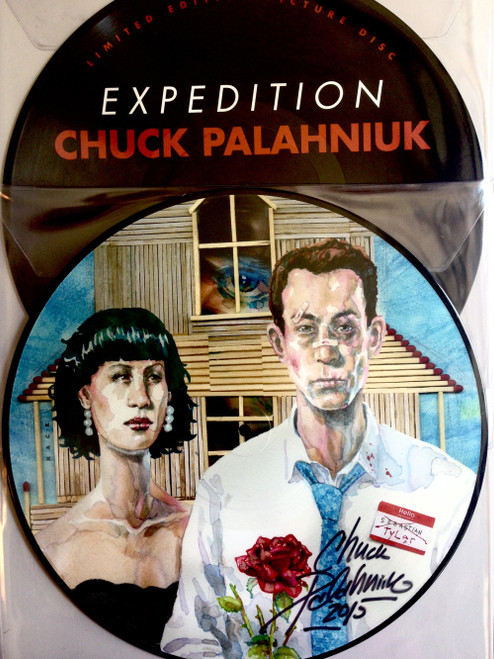 Picturedisc signed by Chuck Palahniuk
This is an audiobook of the story "Expedition" by Chuck Palahniuk. Originally published in the book Make Something Up and is a prequel to Fight Club
Chuck Palahniuk narrates this audiobook story; Featuring music by Rob Campanella from The Brian Jonestown Massacre
In Expedition, fans will be thrilled to find to see a side of Tyler Durden never seen before in a precursor story to Fight Club.