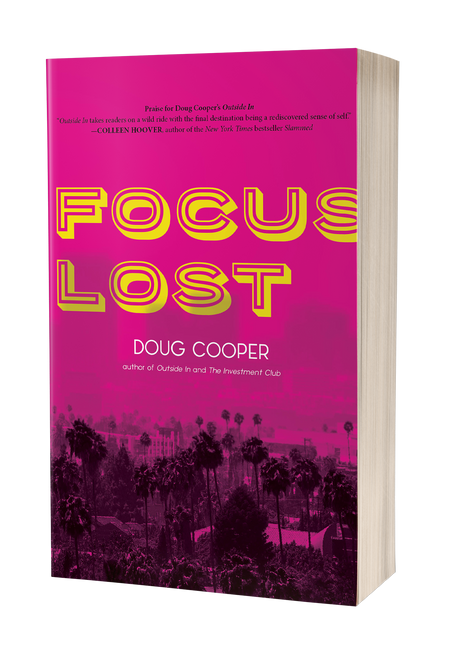 Escaping the increased scrutiny from their recent hit movie, actor Levi Combs takes his young costar Emily James out to a remote waterfall in the California wilderness. Concerned about the relationship, his agent Eva Florez anonymously tips off photographer Gabe Adams about the waterfall, knowing he’ll want to photograph it and hopefully capture them as well. Not recognizing who Levi and his costar are, Gabe plans to discard the photos, but his younger sister, a huge fan of Emily’s, sells them to an entertainment site to help Gabe since he has sacrificed so much raising her after their parents died. Attempting to mitigate the damage she caused, Eva seduces Gabe to stop him from releasing additional photos and becoming a witness for Deputy District Attorney Marcus Ambrose, who has his own personal score to settle with Levi. Blending the nuance and insight of literary fiction with the big-screen magic of a Hollywood thriller, Focus Lost takes readers to the border of passion and obsession.