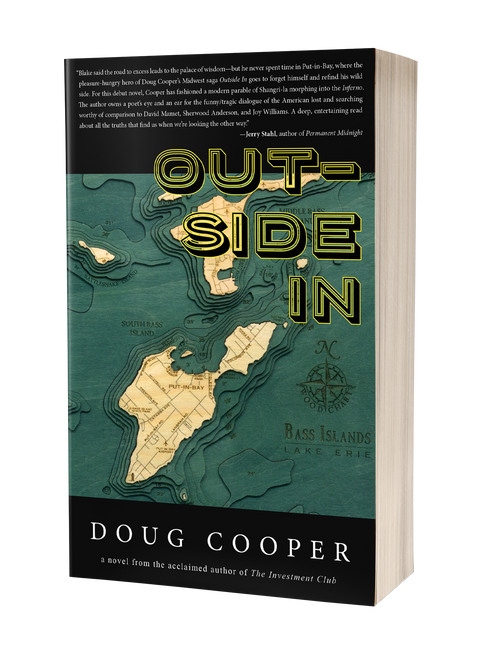 From Memorial Day until the student workers and tourists leave in the fall, the island community of Put-in-Bay, Ohio, thrives on alcohol, drugs, sexual experimentation, and any other means of forgetting responsibilities. To Brad Shepherd—recently forced out of his job as a junior high math teacher after the overdose death of a student—it's exactly the kind of place he's looking for.

Allured by the comfort and acceptance of the hedonistic atmosphere, Brad trades his academic responsibilities and sense of obligation for a bouncer's flashlight and a pursuit of the endless summer. With Cinch Stevens, his new best friend and local drug dealer, at his side, Brad becomes lost in a haze of excess and instant gratification filled with romantic conquests, late-night excursions to special island hideaways, and a growing drug habit. Not even the hope from a blossoming relationship with Astrid, a bold and radiant Norwegian waitress, nor the mentoring from a mysterious mandolin player named Caldwell is enough to pull him out of his downward spiral. But as Labor Day approaches, the grim reality of his empty quest consumes him. Brad must accept that identity cannot be fabricated, but emerges from within when one has the courage to let go.