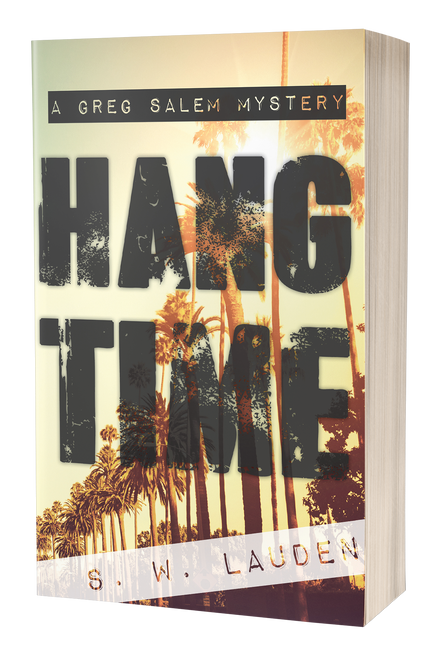 Touring in a band is murder. Or is it suicide? After narrowly surviving a hellish season with a murderous drug kingpin, Greg Salem and his sidekick/drummer are back at home in The Bay Cities. A tour looms for their infamous punk band, Bad Citizen Corporation, but first Salem & Associates must wrap up a jealous husband case tied to a cheating hip-hop bombshell. BCC plays a warm up show when a dead body turns up in their dressing room―the first of many during this ill-fated reunion.

The final book in the Greg Salem trilogy, Hang Time, brings together the colorful cast of characters from Bad Citizen CorporationGrizzly Season in a thrilling and atmospheric series finale fueled by sex, drugs, backstabbing band mates, cheating spouses and vicious cops. The non-stop action will keep readers dangling until the very end.