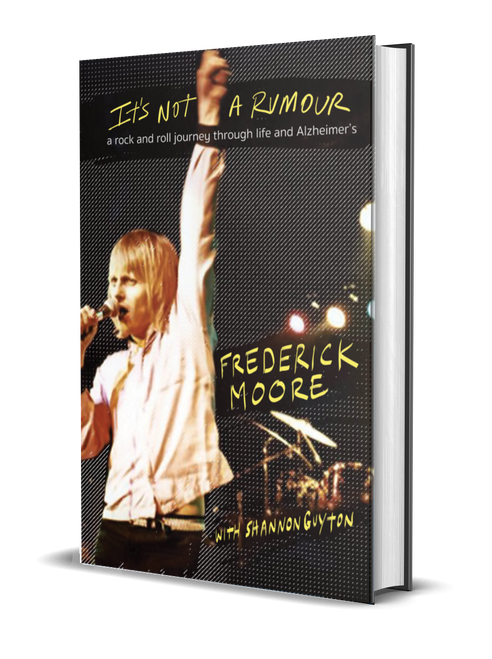 "Take a gander at Freddy Moore, lead id of the Kats quintet. Freddy looks like Frank Gorshin crossed with John Lydon, and will do anything―I'm warning you, anything―for a tumultuous reaction. He throws himself on the floor, he sings in voices he probably didn't even knew he had, and one night he concluded his set by hopping into the lap of a female friend of mine and made a fan for life."
―Ken Tucker, Herald Examiner

Frederick Moore is a prolific lead singer/songwriter/guitarist known for founding rock bands such as Minneapolis-based Skogie and the Flaming Pachucos in the 1960s and in the late 1970s with his rock/power pop band The Kats / Nu Kats, where they set attendance records at legendary Los Angeles clubs such as Whisky a Go Go, Starwood, and The Troubadour.

The Kats’ hits "It’s Not a Rumour," as well as "Lost My TV Guide," were featured on the television show Hollywood Heartbeat hosted by Fleetwood Mac’s Bob Welch, MTV and had local radio play. His songs have appeared on movie soundtracks such as the 1982 cult horror film Parasite (in which he also co-starred as nerdy teenager Arn, with then wife Demi Moore), the 1985 movie Loose Screws II and Spring Fever, and the 2013 CW series The Carrie Diaries.

Freddy’s additional filmography includes being featured in United Artists Pictures’ experimental 70mm 3D film called I’m a Kat in 1979, and the music video "It’s Not a Rumour" featuring Demi Moore and renowned cinematographer Jan de Bont, and directed by Philip Brewin Cheney. Freddy spent his life living like Wile E. Coyote, getting knocked down by anvils and popping back up.

Freddy is in late-stage Alzheimer’s and living in a caregiving facility in Los Angeles, California, where his wife and love of his life for over thirty years, Renee, holds his hand. He can still tell her, “I love you.”

Shannon Guyton is a Los Angeles based freelance writer and content strategist, with prior roles as managing editor at mental health site 7cups.com and editorial director at leading pregnancy website, TheBump.com. She has written hundreds of articles on various topics, from parenting to human resources. She’s an editor, ghostwriter, co-author, and mom of two amazing teens who thrives on helping the coolest people bring their stories to life on the page. And flavored coffee. She drinks all the flavored coffee.