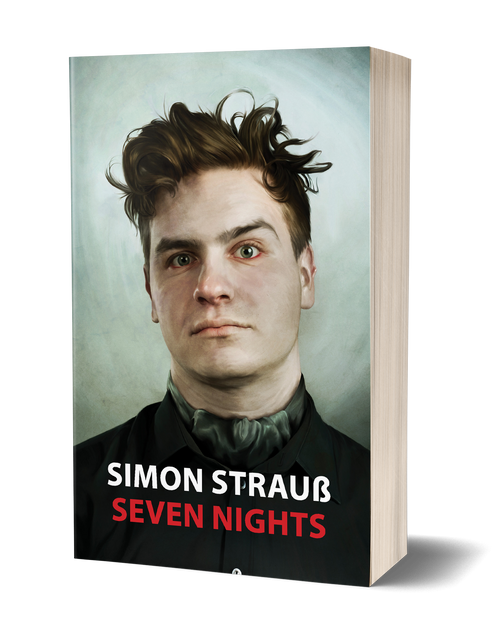 It’s night time, and a young man sits writing at a table. He’s afraid. Afraid of having to decide—on a woman, a group of friends, an annual holiday destination. He’s afraid of becoming numb to emotion. Afraid of growing up. But all of that is about to change. When an acquaintance makes him a proposition, our unnamed protagonist is drawn into a scheme where each night at seven o’clock, he must commit one of the seven sins—a task that forces him to decide how far he is truly willing to go in his efforts to stave off habit and ennui and save his own life.

The most reviewed, discussed, and recommended German language debut of the last decade, Seven Nights has earned Simon Strauss praise as “one of the greatest talents of his generation” by the Tagesspiegel newspaper and also one of the most controversial.