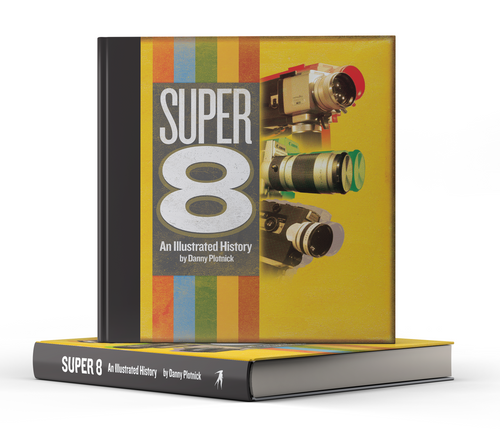 Signed copies are scheduled to ship in late-May
Super 8: An Illustrated History is a coffee table art book showcasing the history of Super 8 filmmaking. In addition to featuring stunning photography documenting the sleek mid-century design of Super 8 cameras and projectors, the book also offers a detailed history of the beloved medium—one not only embraced by suburban dads, the target audience of the format, but by the art world, punk rockers, and ultimately popular culture. Filmmakers who got their start in Super 8 include, Robert Zemeckis, Jim Jarmusch, Todd Haynes, Sam Raimi, Wes Anderson, and Alex Gibney. Thanks in part to a renewed interest in analog technologies, Kodak will be bringing a new Super 8 camera to market in 2019, their first new camera to roll off the assembly line in over thirty years.

Live at the Safari Club: A History of harDCcore Punk in the Nation's Capital 1988-1998 by Shawna Kenney and Rich Dollinger