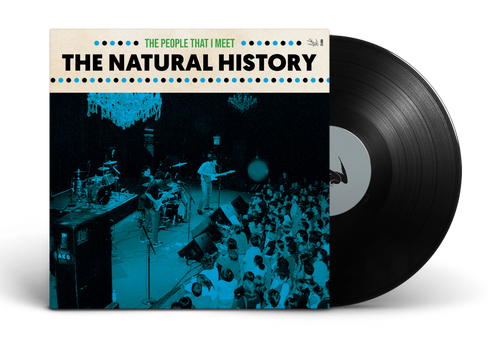 People That I Meet is The Natural History's second full-length album. The album was recorded in 2004 and slated for a 2005 release date. However, the band soon split from their record label Startime International, and the album's release was put on hold. The band was looking to release the album on a different label shortly thereafter; however, People That I Meet would not reach the general public for over two years—until 2007 when the band self-released the album online in digital-only format.

One of the songs from this now-classic album, "Don't You Ever," was famously covered by Spoon on their sixth studio album, Ga Ga Ga Ga Ga. Spoon also included The Natural History's original version of "Don't You Ever" on their EP, Don't You Evah, released on April 8, 2008.[3]

After People That I Meet was completed in 2004, Derek Vockins left the band to raise a family. He was replaced with drummer Tim McCoy. The band also added a second guitarist, Brooklyn based John Caselli. The newly formed quartet toured the East Coast and Midwest in the Spring of 2005, and followed up that summer with a 3 week tour of England, Norway and Sweden. The new line-up never took wings, and the band dissolved shortly after.

A portion of the proceeds will be donated to MusiCares