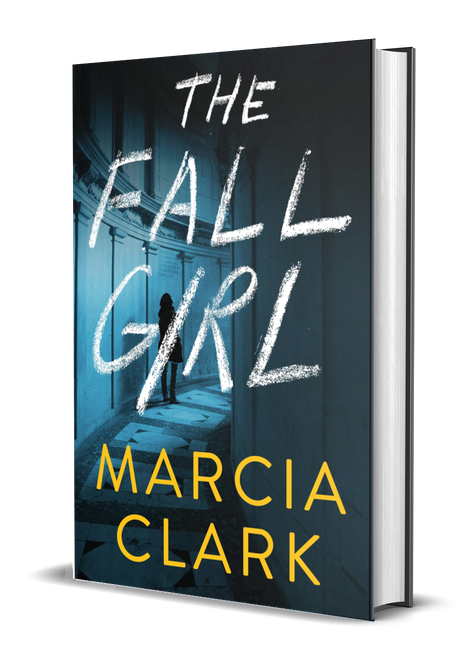 Signed preorders are limited and currently scheduled to ship August 2022

Lives and lies are inextricably linked by a high-profile murder trial in The Fall Girl, the latest exhilarating legal thriller from bestselling author Marcia Clark.

When Charlie Blair left Chicago behind—and her old life as Lauren Claybourne—for a gig in the Santa Cruz DA’s office, things were supposed to be easier. Or at least nothing that a couple of Xanax and a tumbler of vodka couldn’t handle. The plan had been working, until the murder of a local bail bondsman Shelly Hansen.

Enter: hot-shot prosecutor Erika Lorman, she of the stellar record and unfailing touch with juries, a veritable legend in her own right. Fresh off the prosecution of celebrity chef Blake Steers, the newest resident of California’s penitentiary system and perhaps its most high profile, she’s thrust back into action alongside her new co-chair from the windy city and ready to do anything to put criminals behind bars.

But as the fevered search for answers intensifies and the hunt for a killer continues, secrets from the past threaten to undo not just the case—but Erika and Charlie, too. Expertly plotted and relentlessly paced, The Fall Girl will keep readers guessing until the very end.

California native Marcia Clark is the author of Guilt by Association, Guilt by Degrees, Killer Ambition, and The Competition, all part of the Rachel Knight series. A practicing criminal lawyer since 1979, she joined the Los Angeles District Attorney's office in 1981, where she served as prosecutor for the trials of Robert Bardo, convicted of killing actress Rebecca Schaeffer, and, most notably, O. J. Simpson. The bestselling Without a Doubt, which she cowrote, chronicles her work on the Simpson trial. Clark has been a frequent commentator on a variety of shows and networks, including Today, Good Morning America, The Oprah Winfrey Show, CNN, and MSNBC, as well as a legal correspondent for Entertainment Tonight.