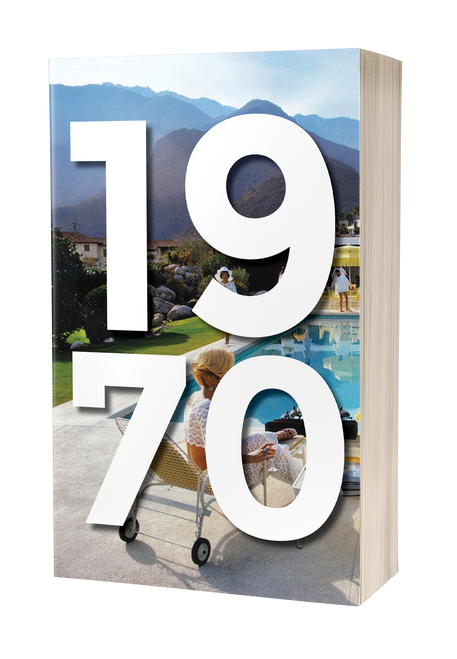 With the tragic and bloody ending to the optimistic 1960s in Los Angeles's fabled hills, the 1970s became a defining decade in the city. Marked by the Manson murders, rampant inflation, and recession, the decade seemed to usher in a gritty and unsightly reality. The city of glitz and glamour overnight became the city of smog and traffic, a cultural and environmental wasteland.

Los Angeles in the 1970s was a complex and complicated city with local cultural touchstones that rarely made it near the silver screen. In Los Angeles in the 1970s, LA natives, transplants, and escapees talk about their personal lives intersecting with the city during a decade of struggle. From The Doors' John Densmore seeing the titular L.A. Woman on a billboard on Sunset, to Deanne Stillman's twisting path from Ohioan to New Yorker to finally finding her true home as an Angeleno, to Chip Jacobs' thrilling retelling of the "snake in the mailbox" attempted murder, to Anthony Davis recounting his time as "Notre Dame Killer" and USC football hero, these are stories of the real Los Angeles--families trying to survive the closing of factories, teens cruising Van Nuys Boulevard, the Chicano Moratorium that killed three protestors, the making of an adult film legend.

Los Angeles in the 1970s is a love letter to the sprawling and complicated fabric of a Los Angeles often forgotten and mostly overlooked. Welcome to the Gold Mine.