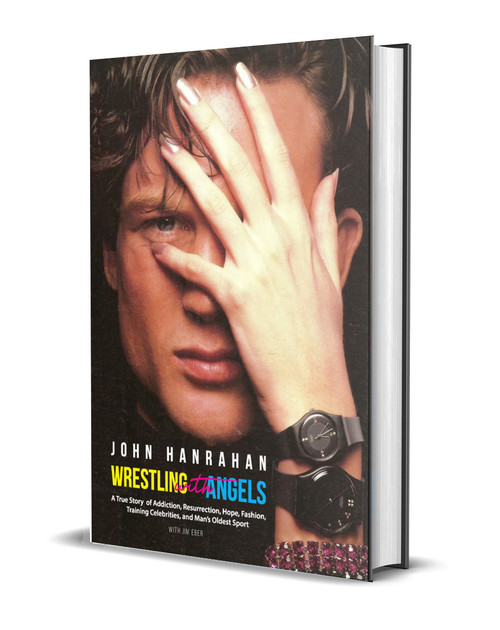 In 1984, John Hanrahan was featured in Interview magazine's iconic Olympic Issue as one of America's top athlete's vying for a spot on the US Olympic Team. He had come within a point of defeating the mighty Soviet world medalist and had defeated other international competitors. He had a shot at a lifelong dream, but then abandoned the final trials. The coach searched frantically for him at LaGuardia airport. He was nowhere to be found. He hadn't exactly fallen off the face of the earth; his face was appearing in worldwide ad campaigns as a top fashion model―but he’d become crippled by addiction, unable to face his competition, and unwilling to confront the severity of his situation.

Then, in 1985, Hanrahan died from an overdose. He went to a divine place while a doctor worked frantically to revive him. He was shown the prayers of loved ones and given another chance at life, and he feels he came back for a reason…

He returned wanting to shout his story from the rooftops, but was unable to fully share his experiences to help others. He was shackled by the stigma of being judged as an addict, and it wasn’t until he nearly lost his own son to the ravages of addiction that he broke through and gained the strength and courage to tell his story. He describes how he continued to work amidst the craziness of the world fashion markets―Milan, Paris, Zurich, Tokyo, and New York―while trying to find his way toward exorcising the demons of his past and gaining a life worthy of the one he had miraculously regained.

John Hanrahan is a nationally acclaimed fitness pro having been featured in GQ as “The Guy You Should Know for Fitness,” Allure magazine rated John as “The Best Personal Trainer” in LA and Men’s Health has ranked Hanrahan among “America’s Top Trainers.” He is a World Champion freestyle veteran wrestler, and the author of the soon to be released book Wrestling with Angels, chronicling his 1985 near death experience and his return to life. Discovered by a prominent agent while competing as a collegiate All American wrestler, Hanrahan soon graced the cover of fashion magazines and appeared in ads and international designer campaigns. His story fuses juxtaposition of an elite athlete who enters the fray as a top model competing in a new arena of the world’s fashion markets. He is the owner of PrivateTraining.com and provides Health & Wellness solutions to corporations, athletes and individuals.