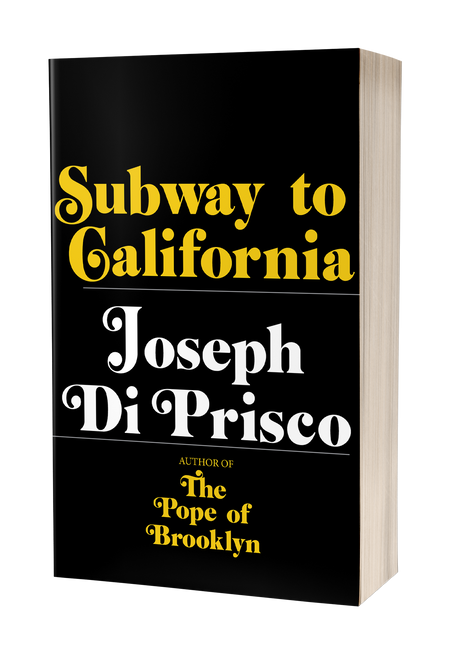 In 1961, the Di Priscos fled Brooklyn—and the FBI. The father was a gambler and bookmaker, and agents chased him into the Long Island woods because he was implicated in police corruption. At thirty-five he escaped to a strange place called California, where his wife and two of her four sons joined him. One member of the family graduated high school, and he would make books of a different sort.

Joe didn’t seem called to a life of crime, but evidence is mixed. Once he was Brother Joseph in a Catholic novitiate, but later he was named prime suspect in a racketeering investigation. During Vietnam he seized his college administration building, and then played blackjack around the world, staked by big-money backers. He managed Italian restaurants with laughable ineptitude, but also did graduate study and taught for twenty years. Eventually Joe buries his unstable, manipulative, and beautiful mother and his brothers, including his heroin-addicted younger brother. Later, he cares for his father with Alzheimer’s. By turns heartbreaking and hilarious, Subway to California recounts Joe’s battles with personal demons, bargains struck with angels, and truces with family in this richly colorful tale that reads like great fiction.