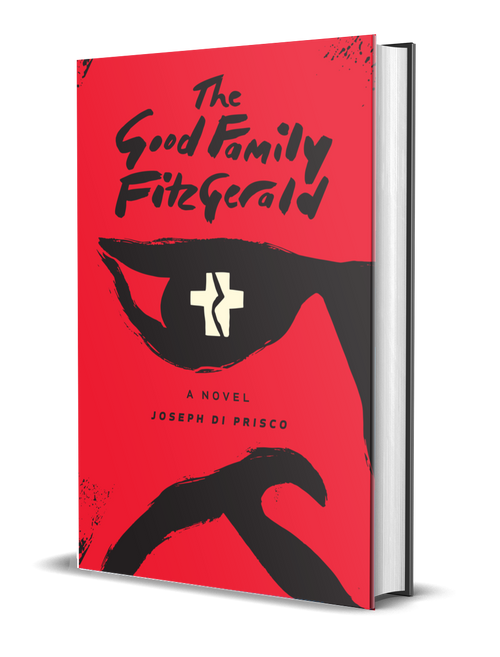 The Fitzgeralds are buttressed by wealth and privilege, but they are also buffeted by crisis after crisis, many of their own creation. Even so, they live large, in love and in strife, wielding power, combating adversaries and each other. The Good Family Fitzgerald is a saga of money and ambition, crime and the Catholic Church, a sprawling, passionate story shaped against a background of social discord.

Padraic Fitzgerald is the up-from-nothing, aging patriarch whose considerable business interests appear anything but legitimate, but he has bigger problems than law enforcement. A widower, Paddy becomes enmeshed with a young woman who will force him to re-examine his cardinal assumptions. Meanwhile, he has cultivated thorny relationships with his four children, all of whom struggle over the terms of connection with their father. Anthony―oldest son, principled criminal defense attorney, designated prince of the family―and his cherished Francesca are devastated by tragedy. In the aftermath, Frankie comes to play a vital role in Fitzgerald lore. Philip is a charismatic Catholic priest spectacularly torn between his lofty ideals and aspirations and his all-too-human flaws and longings. Matty has wandered aimlessly, but once he finds his purpose, he precipitates turmoil in all quarters. Colleen, the youngest, is a seeker who styles herself the outsider and the conscience of the clan. Her hands are full, as no Fitzgerald is left untested or unscathed, and by the end the whole family, as well as those venturing into their realm, will be stunned into illumination.

Praise for Sibella and Sibella

"In the rarified realm of A Confederacy of Dunces and David Markson’s Wittgenstein’s Mistress, Sibella & Sibella is surely the new picaresque―set in the mysterious world of independent publishing, the singular voice of a junior editor is roundly inhabited by Mr. Di Prisco who nimbly plays with form and language, and an industry he clearly both loves and scorns. A remarkable reading experience."
―David Francis, author of Stray Dog Winter and Wedding Bush Road

"Joseph Di Prisco’s fearlessness always impresses me, and his latest novel is no exception. Invoking satire and silliness, bad puns and good ones, hijinks, and hilarity, Sibella & Sibella takes on the absurdity of publishing, narrated through the lens of a young woman working as a junior editor at a San Francisco publishing house. Fortunately for readers, Di Prisco embraces the absurdity, and the result is this wonderfully crafted and bitingly funny critique that never fails to entertain.
―Lori Ostlund, author of After the Parade and The Bigness of the World: Stories.

Praise for The Pope of Brooklyn

"A literary son traces his fugitive father in a pulpy yet cerebral memoir. . . This sprawling narrative is punctuated by Di Prisco's reflections on literature, faith, mortality, and his own tangled romances and outré experiences, ranging from cocaine addiction to mentoring adolescents...Deft, amusing, and tough.”
―Kirkus Reviews

Praise for Subway to California

"A beautiful, heartfelt, sometimes funny, occasionally harrowing story of a man making his way through the minefield of his own family history. Di Prisco has lived more lives than most of us, and managed to get it all down in this riveting book."
―Jerry Stahl, author of Permanent Midnight and Bad Sex On Speed

“Di Prisco delivers thoughtful contemplation of the human condition and plenty of self-examination that reveals how he made it to where he is, and why he survived when others didn’t. His sharp wit and hard-won wisdom make Subway to California a story that anyone who’s risen out of a hardscrabble life with the odds stacked against them will love and learn from."
―Foreword Reviews

“[Di Prisco] can break your heart recalling the most romantic memory of his life or make you laugh out loud when, for example, he defines the Catholic notion of Limbo: ‘not a horrible place, not a great place, sort of like parts of Staten Island.’”
―Kirkus Reviews

Joseph Di Prisco was born in Brooklyn and lives today in Northern California, with his wife, photographer Patti James. He's the author of the novels All for Now, The Alzhammer, The Confessions of Brother Eli, Sun City, and Sibella & Sibella, prize-winning books of poems, and books about childhood and adolescence. His memoirs The Pope of Brooklyn and Subway to California came out from Rare Bird Books. He is the founding chair of the Simpson Literary Project, which promotes literacy and literature, writers and writing across the generations.